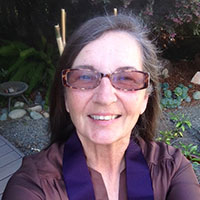 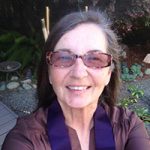 Diane Wilde has studied meditation in various traditions since 1990. In 2001 she was a founding member of Sacramento Insight Meditation. She founded Buddhist Pathways Prison Project (aka Boundless Freedom Project) in 2010 and has been a prison chaplain for 18 years. She is a graduate of Sati Center’s Buddhist Chaplaincy program and graduated from Spirit Rock Meditation Center’s Community Dharma Leadership Training Program. She is a board member of Sati Center for Buddhist Studies at the Sacramento Dharma Center. In 2015 she was lay-ordained as a Buddhist minister by Gil Fronsdal.